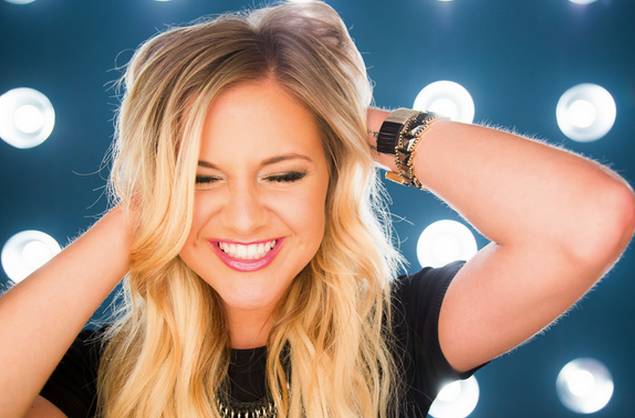 These days, the music world moves faster than ever. It seems like immediately after fans finish streaming every song on an artist’s new record, they want to know when the next one will arrive. Albums used to have lengthy lifespans, but in the age of the internet, all of that has changed.

Thankfully, country superstar Kelsea Ballerini understands that while timetables have been pushed forward from a decade or two ago, a good record can still live and breathe in the world for months or even a year before a new one is due.

I recently spoke with Grammy nominee and country chart-topper Kelsea Ballerini, who says that even though her record was only released last fall, she’s already prepping a deluxe edition reissue with several new tracks...and as if that wasn’t enough, she’s also already writing for her third album.

In between all that hard work (and touring with fellow country music favorite Keith Urban, but that’s just her night job), she’s not afraid to relax, be a real person, and talk to me about her husband, the music she loves, and what it felt like to be nominated for arguably the most coveted award in music, the Best New Artist Grammy.

CEEK VR: You've had a lot of big moments in your career and you're still new. A lot of people are still learning who you are. Is there something that you are most proud of?
Kelsea Ballerini: I think being nominated for a Grammy, because my first album was very young and flirty and pop-leaning. But, I'm a songwriter and I write all my stuff. I take the time to make goals, and I work really hard. I think the Grammy nomination for Best New Artist was affirming the other side of me, whereas country radio was affirming like, “We like this commercial music that you're giving us.” The Grammy nomination was like, “We also are affirming the legit side of you that is a songwriter and that works hard and that is mattering right now on a big scale,” which was really cool.

CEEK VR: You're also married to a country artist, aren’t you?
Ballerini: Yeah!

CEEK VR: How does that work out in terms of sharing ideas? You guys both have your own careers, but do you collaborate?
Ballerini: We do not collaborate, but we are each other's biggest fans honestly. That sounds so cliché, but anytime I have an idea or I have just written a song, or I just think of something, I'm always like, “Hey, is this cool?,” and because I have a very different perspective than he does and vice versa. We're really, really supportive, but we're not very collaborative. But, it works for us.

CEEK VR: No, that's a good way to do it. Sort of separate but...
Ballerini: Separate but together.

CEEK VR: Are you a big fan of streaming?
Ballerini: Okay, I am because that is the way of life now, but I still do love getting physical records. But, I just got a car that doesn't have a CD player in it, which is wild to me. Isn't that weird? So, yes, I still love ordering actual records and vinyl.

CEEK VR: What's the last album you bought?
Ballerini: Physically? Oh God, it was Rachel Platten’s Waves. Also, that same day I got The Meaning of Life by Kelly Clarkson. I do love walking into the store and buying it and getting it and unwrapping it. There's something special about that to me. I do stream, that is the way of the world.

CEEK VR: What advice do you have for a young country musician trying to come up in Nashville now?
Ballerini: Don't bend. Oh my God, I feel like everyone is gonna say, “This is what's working. Do this,” or “We already have someone that wears this, do this.” Just don't bend.