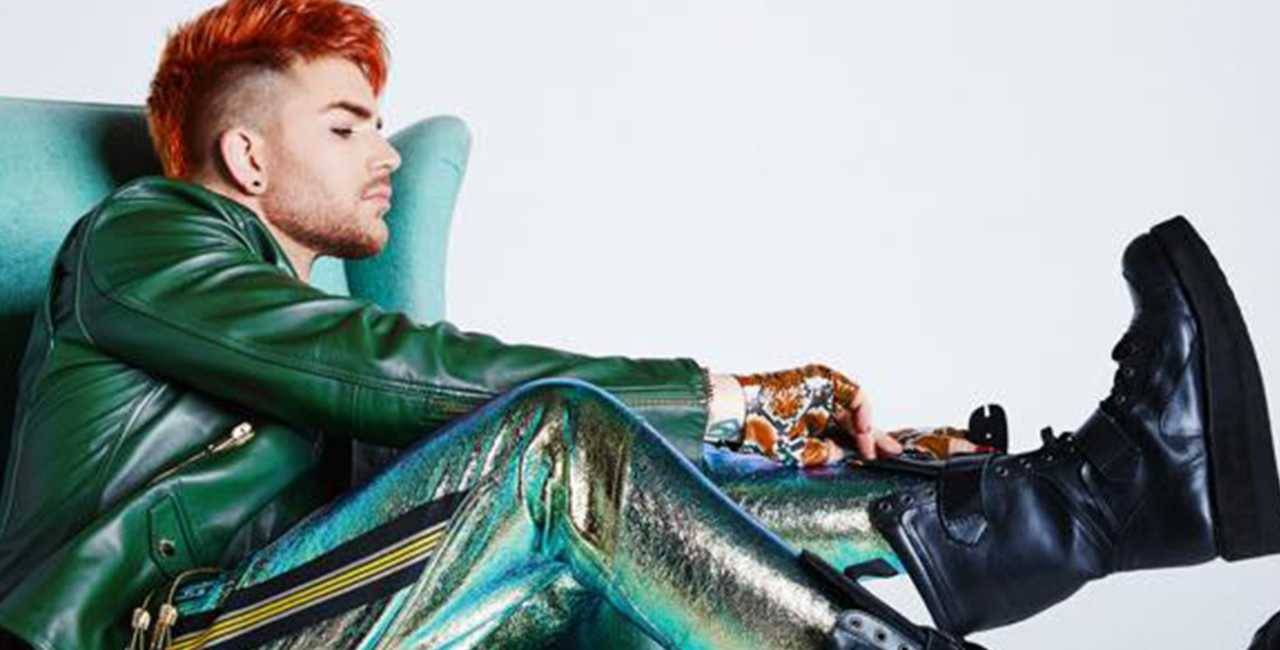 Not many people who get their musical start on American Idol end up making it very far in the music industry, and that’s a shame, because so many of them are truly talented people. They all have great voices, and they all bring something special to the table, but there simply isn’t room for everyone who appears on TV to keep their record deals or move millions.

Thankfully, Adam Lambert is one of the few who have managed to make a big splash and keep the success train going, and it hasn’t stopped for years now. Since he came in second to champion Kris Allen, Lambert has charted himself three top five albums (including a number one), earned himself a Grammy nomination, grown his fan base considerably, and even landed the highly-coveted lead vocalist spot in legendary rock outfit Queen, which has been touring with the flamboyant pop singer for some time now.

I had the pleasure of speaking with Lambert about how he balances pop and rock, his own career and his work with Queen, and when the top 40 world might hear from him next.

CEEK VR: So musically, the last album was a year and a half or two years ago now, right?
Adam Lambert: Two years ago. We just had the official “Ghost Town” video two year anniversary.

CEEK VR: Really?
Lambert: I say “we” because all of my friends emailed me and I was like, "Oh cool, it is?"

CEEK VR: So what's the plan for the rest of this year musically?
Lambert: Well, the Queen tour is pretty extensive. We're doing North America and then we have a little break, and then we go over to the U.K. and Europe. So, that's pretty much the rest of the year, but I've been working on my own music. I haven't decided when I want to put it out yet. It's not totally done, so I'm still working.

CEEK VR: So how do you balance your time creatively and artistically between your music and then Queen, which is a totally different monster.
Adam Lambert: It is. You know, it's just when I have time off I get really restless so I need a project, and we've had about... The last time we were on tour doing shows was last fall, so I've had this much time to come back down to the ground and start working on stuff.

CEEK VR: It's not like you haven't been doing anything in between.
Lambert: Like a thing here or there, you know, but not too much.

CEEK VR: Sure.
Lambert: I've been home in LA. I've gotten to relax. It's been nice.

CEEK VR: In addition to music and acting, you work with some brands as well! How do you actually find the time to fit those in in between these musical projects?
Lambert: There's lots of time in a day, you know. There's lots of time. It's good to stay busy. If I wasn't busy I think I would get a little nuts.

CEEK VR: When you first started out with Queen, was there any thought to how was this going to work into the Adam Lambert brand? You are sort of a dance-pop guy.
Lambert: Yes. You know, I don't think I started out as a dance pop guy. That's what's so funny is because on Idol, I sang “Bohemian Rhapsody” as my audition and I sang a lot of classic rock on the show, and then they came on the show for the finale to perform “We Are The Champions,” so I've always loved so many different types of music and that's one of the things I love about being a pop musician, especially right now, is because anything kind of works in pop.

CEEK VR: Yes.
Lambert: My first album sort of had some dance-pop on it. It also had some rock moments, and then the second album was like electro funk, and then this last one was very pop, and the new stuff I'm working on is its own thing. It's a new chapter for me. I'm not going to repeat myself, so stay tuned.

CEEK VR: Has working with Queen influenced what you're working on?
Lambert: Yes.

CEEK VR: I assume Queen has influenced everything you've done.
Lambert: Well yes, and just my quality of life.

CEEK VR: By the time you joined them, you were a star on your own and you had toured on your own. Were you nervous?
Lambert: The first performance I had had nine days of rehearsal to do a two hour show. And like, I know the big hits from Queen, but I wasn't as familiar with a lot of the B-sides, so it was terrifying.

I was fucking nervous, and it was for a crowd in the Ukraine and it was  an outdoor concert in this big square, and there were a quarter of a million people out. That's a lot of people to have your first show in front of, so I put my best game face on and made sure I didn't look like I was, you know, pissing my pants, but I was nervous.

CEEK VR: The RCA era versus the Warner Brothers era of your career. Do you think anything will change business-wise?
Lambert: Well, I mean if you look at those two chapters of my musical career, and compare that side by side with what's happened in the music industry, it's sort of like there's certain changes that have to be made here and there. You know I mean, the music industry is in an entirely different space right now with streaming being sort of it's the main focus right now.

I think everyone's learning as we go, so I don't know if there's like a tried and true formula anymore. Maybe things will plateau at some point soon and all of a sudden the labels will know exactly how to make it all work, but I think we're all kind of guessing.