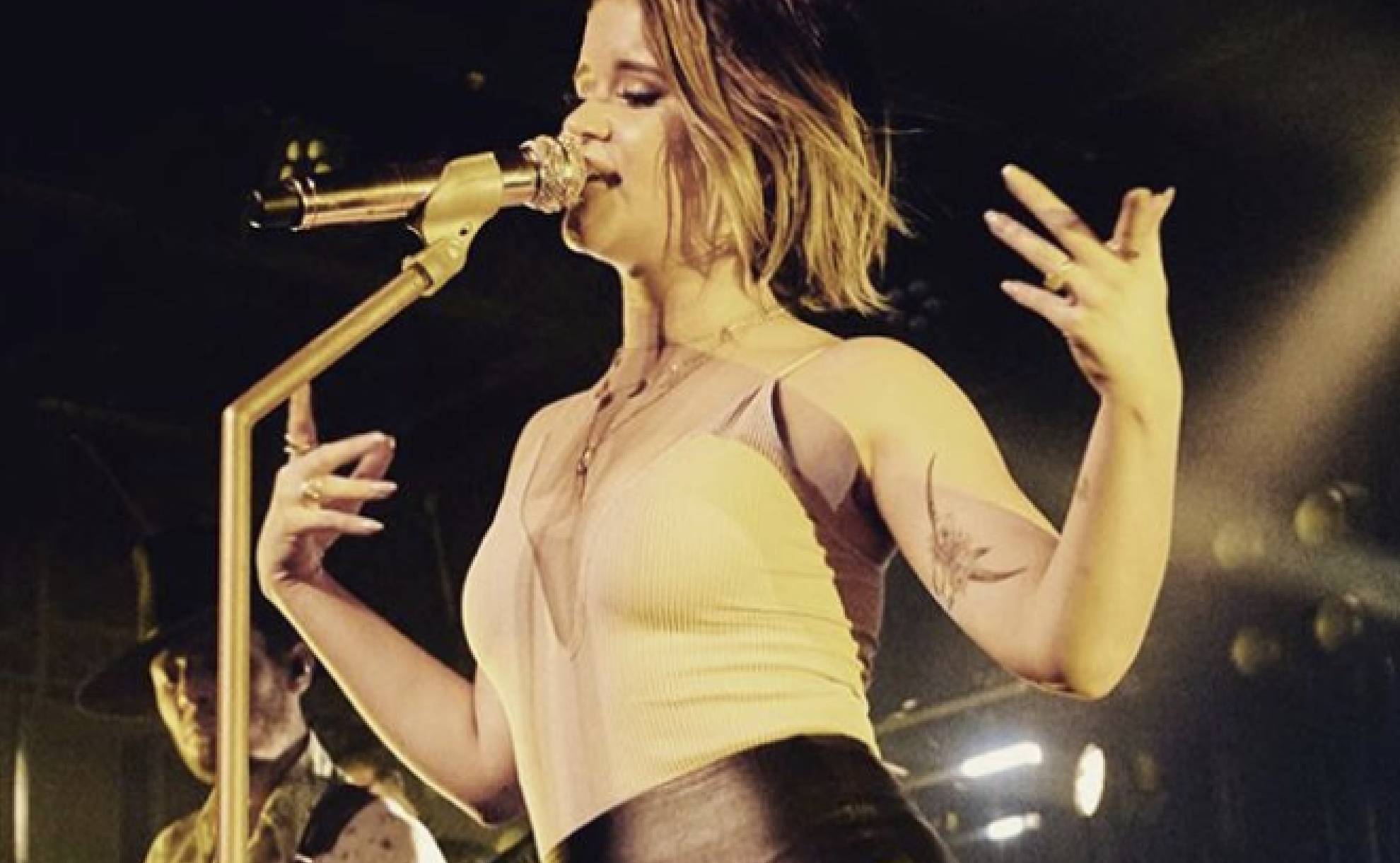 Women are still dreadfully underrepresented in country music, even though they have widespread appeal, and the female musicians are often the ones who enjoy the greatest successes. It is incredibly difficult for any woman to break through and make a name for herself in the genre, and one lucky artist who has done so recently is Maren Morris.

The country singer-songwriter scored a huge hit with her debut album Hero, which hit the top five on the Billboard 200, spun off several singles that all performed well on the country charts, and even won her a Grammy. Now, she’s still touring on that release, but she’s also hard at work at what will likely become her sophomore album, which will surely cement her as a force to be reckoned with in country music.

I spoke with Morris at the 2017 Music Biz conference in Nashville, where she was set to accept an award from the organization. In the weeks since then, the country star’s debut full-length album has now been certified

CEEK VR: You've been making music for several years, but you're accepting the breakthrough artist, you're nominated for best new artist at The Grammy. Is that a term that you embrace or you a little bit like, "I've been doing this for a while guys."
Maren Morris: You know, I don't really take it weirdly. I mean, I'm really humbled that I broke through something. Because as long as I've been touring, I mean I wasn't breaking through a damn thing. This is really cool that I get to just really bask in this year and be thankful for everything. I guess made enough of an impression to be a breakthrough artist. It's really humbling.

CEEK VR: Hero is coming up on a year and you just put out another single. How does it feel to have your album continuing a year in?
Maren Morris: It's pretty bizarre actually. I've never really thought about it until we did The Voice a couple of weeks ago. I think, it feels like I've stuff a decade into one year. The fact that my album is only a year old seems surreal to me. I'm so proud of it, it is like a kid and I feel like it's grown up. It started out as my baby and now it's an adult. I feel like how, I mean I'm just like wrapping my head around album two right now. It's a fun challenge. I'm very proud of Hero and the stage it's put me on.

CEEK VR: You should be.
Maren Morris: Thank you.

CEEK VR: Second album, are you already working on it? What does that look like?
Maren Morris: I'm starting to write for it, so whatever that means. I'm just collecting songs basically and writing with everyone I can. Just assessing out the theme and what I'm, what like, I guess point of view I'm looking through right now. That all comes out in the wash once I have a good collection of songs.

CEEK VR: Hero did really well in every respect. It was embraced by country, but then if you listen, like 80's Mercedes is like a pop country tune. What are the goals for second era?
Maren Morris: You know, I sort of let the chips fall where they may with the songwriting process. Because that's where it all starts for me. I didn't set out to make the album Hero. It really was just a collection of songs over time. I was like, "There's clear-cut story here." I think the same thing is going to happen here. I'm not going to go in the room and be like, "I want to write a reggae song today." It just naturally comes out in the process, like Drunk Girls Don't Cry has this like reggae up-string feel. Then obviously 80's is very pop driven. That's just the mood we were in that day, I guess. I'm excited as a music lover to figure out what the sound will be for album two. I don't know yet. You might have to ask me that a few months down the line.

CEEK VR: Then last question. You tour, I don't know how you're standing right now. Because you're always on tour. You're in the middle of what? Two, sort of?
Maren Morris: Yeah. I just wrapped up the first leg, American Way of the Hero tour, which was my headline tour. The I start the Sam Hunt tour next week, which is crazy.

CEEK VR: How are you able to tour that much and do you find that exhausting?
Maren Morris: I think once I get into the flow of a tour, it doesn't feel exhausting, it feels normal. It's actually harder to go back into it once I've had some time off. I've really been conditioned to live that lifestyle, because I've just been doing it for so long. I really love being on the road and playing at a different city and club every night. It is, yes, sometimes it can be a …

CEEK VR: It's a hustle.
Maren Morris: Yeah, it's a hustle, but it's a fun hustle.